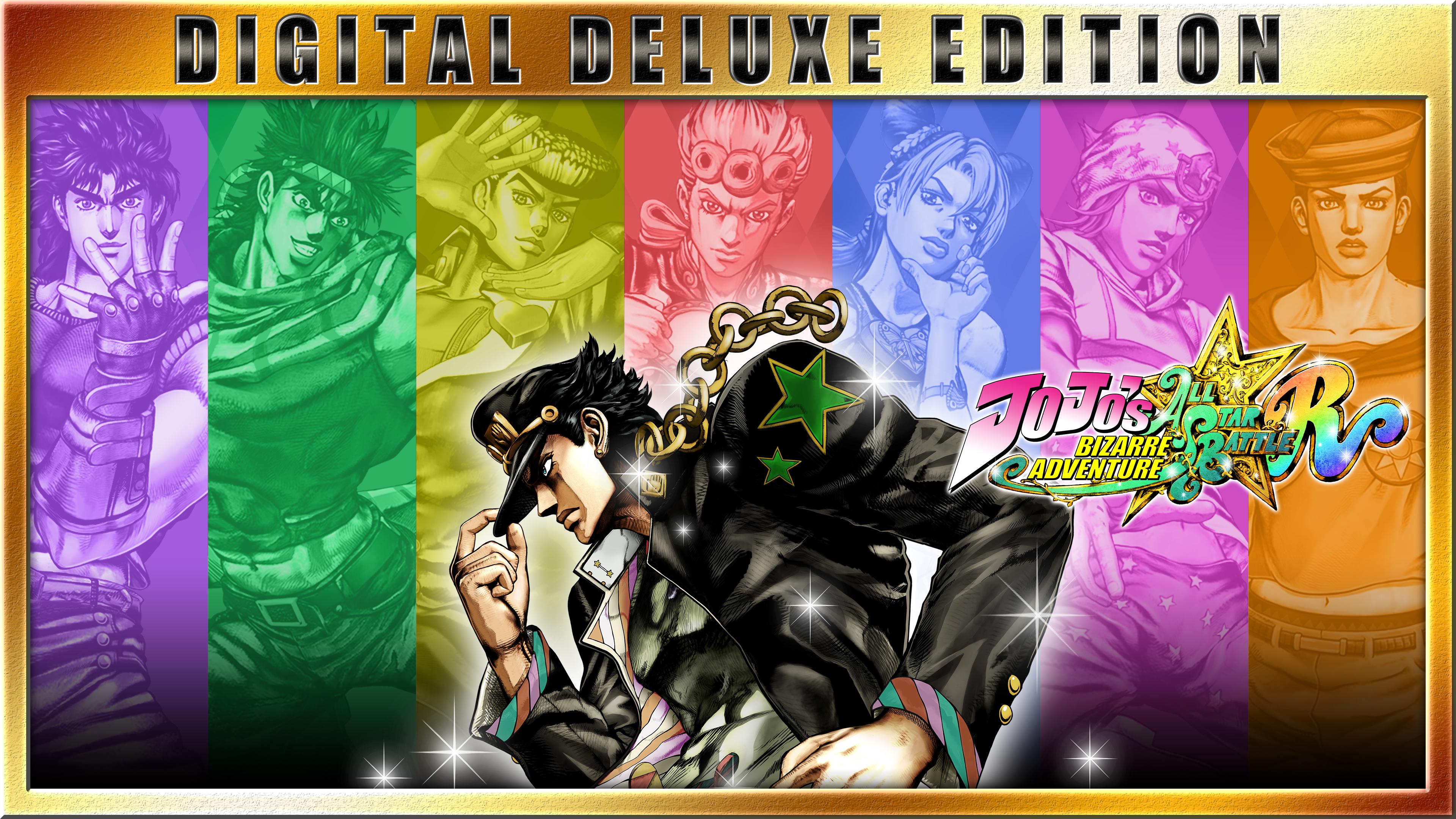 Hirohiko Araki's masterpiece, brought to life as a fighting game! Battle with 50 colorful characters, wielding Stands, Hamon, and more! See how characters who could never meet in the story interact when they come face to face!

Pre-order now and get the following content as a bonus:

• Stunning visuals authentic to Hirohiko Araki’s Style JoJo’s Bizarre Adventure: All-Star Battle R captures the over-the-top art style that is vintage JoJo, allowing you to experience the JoJo universe with powerful imagery as if Hirohiko Araki's manga had come to life. Now you too can freely move the characters created by Hirohiko Araki with your own hands, and feel as if you’re inside the manga where graphics and text meet to invoke the characteristic “ゴゴゴゴゴ“.

The Deluxe Edition includes the full game, Season Pass, and 5 Outfits. Hirohiko Araki's masterpiece, brought to life! Battle with 50 characters, wielding Stands, Hamon, and more! See how characters who could never meet in the story interact!