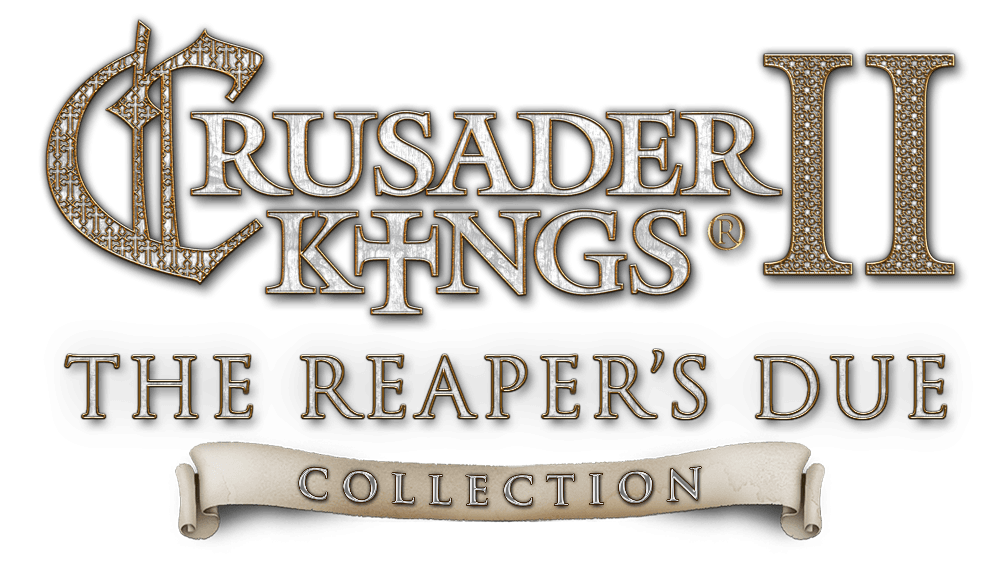 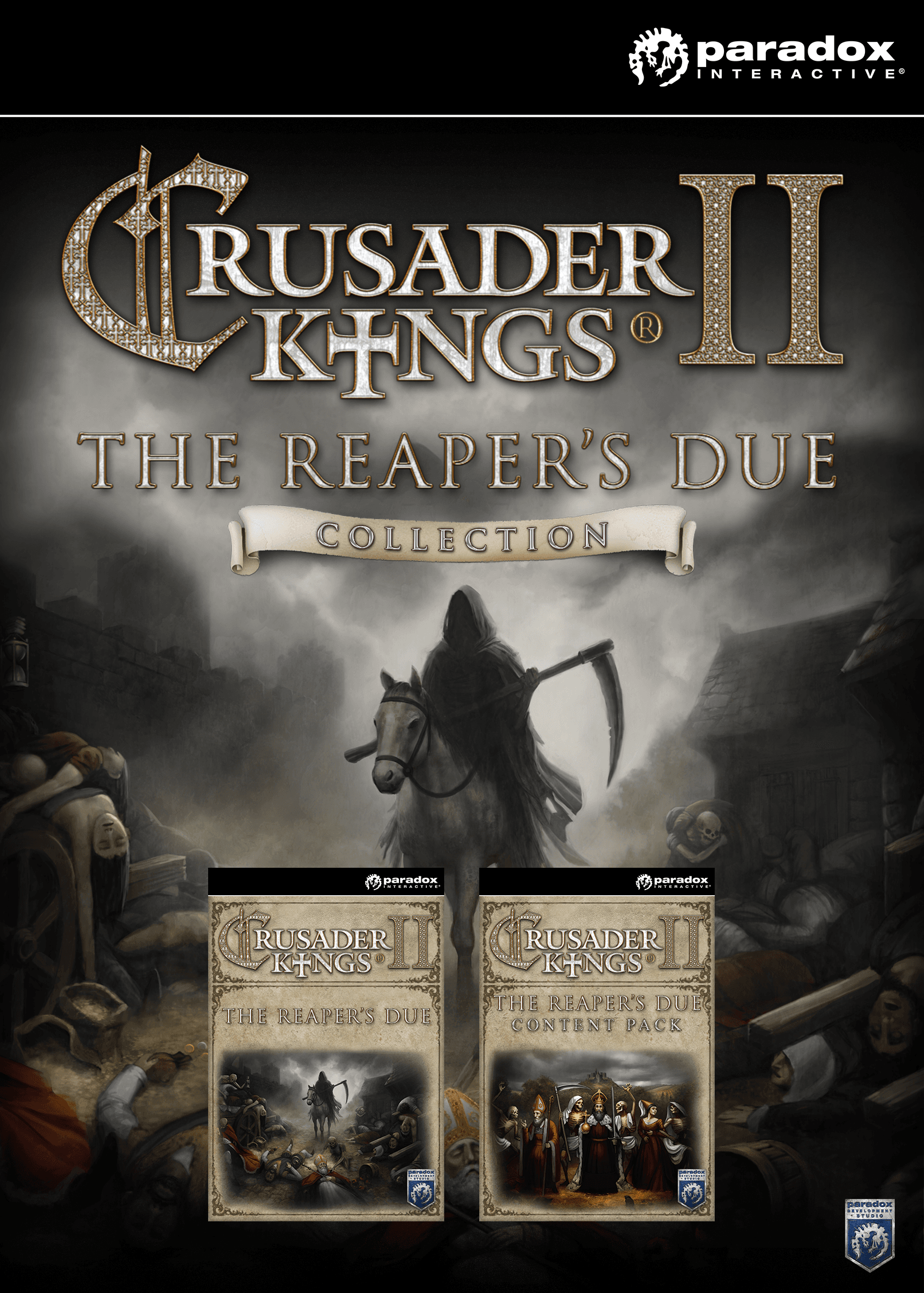 Items included in this package:

Crusader Kings II: The Reaper's Due - Expansion Little remains of those settlements where the Black Death has passed through. Hasty burials make a mockery of the sacraments and set a feast for the crows. Once prosperous provinces have been laid waste, and the lord of the land hides away – secluded in his hilltop fortress, hoping the plague will pass him by. Wiser princes took precautions, and didn’t waste the revenues from more prosperous years. But, in time, all must pay The Reaper’s Due.

The Reaper’s Due adds a host of new mechanics centered on the Black Death and other world shaping epidemics. Lock your gates to keep the plague from infecting your court, even if it means cutting yourself off from your suffering citizens. Peace and good management will see your provinces reward you with greater wealth and manpower, but constant war and disease may depopulate your countryside.